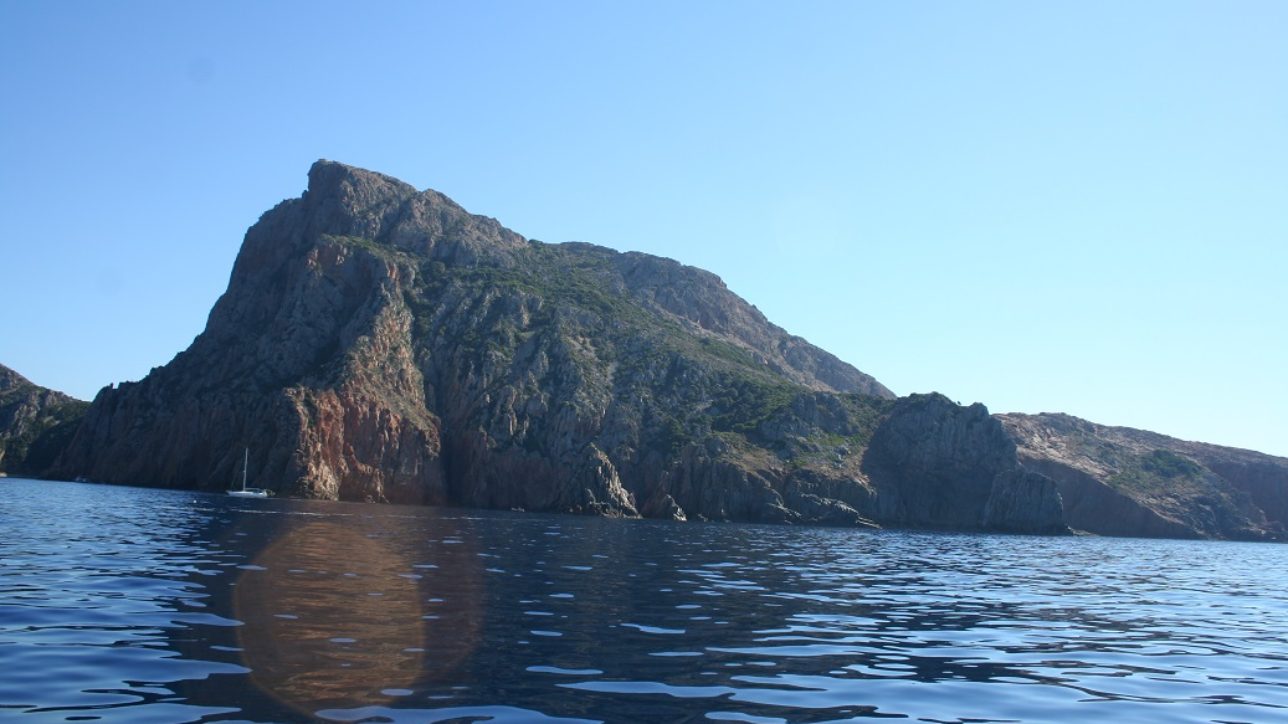 All right, enough of Croatia – time for Corsica! We started in Punta Ala on Italian coast and went to Elba for overnight. Originally our plan was to sail around Corsica in anti-clockwise manner – to head to the Cap Corse first, the northern extremity of Napoleon’s birth island. However, the weather forecast was not really good for the north and west part of Corsican coast and so I decided to change our schedule and we set off from Elba directly to the southern tip of Corsica, to the Bonifacio strait between Corsica and Sardinia. We needed to cover about 80 Nm and thus we had to sail overnight since the eastern coast of Corsica does not provide sheltered anchorages, except of the port of Bastia (the capital city) and two small artificial marinas.

Of course it’s hard to point out which part of this trip was the most memorable but I bet the crossing from Italy to Bonifacio strait will remember the most of us. The day started quite lazy and after small lunch we left Elba. At the begging the weather was almost completely calm, during the day the wind was slowly refreshing and we were enjoying great open-see sailing. Monte Cristo island is worth of noting for its impressive volcano-like shape with green slopes. It is strictly protected national park and thus landing is prohibited. We were told that this island is one of the rare places in Mediterranean archipelago where whales are coming for some “adults’ games”. Anyway, as the sunset was coming, the wind died eventually as a promise of a quite night. However, that was not the case, since during the night the wind was again straightening, reaching over 30 knots in the early morning and producing waves of about 3 meters of height. And of course, was blowing directly against us, so we had to beat against the waves and the wind during the whole night. At the sunrise we were just about 7 Nm from the sheltered anchorage near Solenzara, the place where we were heading to since we left Elba. However, at the same time the wind was the strongest and waves the highest and we were so tired that I decided to give up and go back to the north along the eastern Corsican coast to the small smelly marina Taverna. I thing that Corsica told us something like: “Ha ha, you though you can sail around me with dry coats and burned skin. But I will show you my true nature … this time you will not reach my treasures and my beautiful bays, not this time!” So we tried again the next day and although the wind was still fairly strong, the sailing was much easier since we were protected by the coast and the waves were smaller and we reached without problems the small bay Cala D’Oru. During the next couple of days we were exploring the bays in the natural parks around the Bonifacio strait, including Maddalena archipelago of Sardinia. Some of the bays here are real gems!

The next promising part of our round trip was the crossing of Bonifacio strait which has a reasonable reputation among sailors, since is considered as one of the most respectful places in Mediterranean. The reason is that the wind is funneled between the slopes of Corsica and Sardinia, blows from east to west (that’s why I wanted originally sail in the opposite way) and produces rough see since the depth here is relatively small. Anyway, this time Corsica was indulgent and we have to use the engine to get some speed under way. The coast line around Bonifacio is amazing – with the white steep rocks falling down to the blue water and with green slopes further to the west and north – awful! Or awesome? Some will understand :).

During the second part of the week we were slowly moving along the west coast to the north. In the guides the western part of Corsica is described as one of the most-worth-seeing places in Mediterranean with many superlatives – I definitely agree and would add just one word of description – perfect, in the true meaning of this word.

So that was our two-week round trip around Corsica. I have to add just one small note – two weeks are definitely not enough, fuck! We barely found time for only one dive and couldn’t find time for trekking at all. Well, good reason to come back. And really the last note – during kayaking in one of the small rivers we met one guy who told us something like: “Once you put your feet on Corsica, you will never leave her actually. Because, maybe you may leave for couple of months or years, doesn’t matter for how long, but you will be attracted back and back again.” So what to say more?