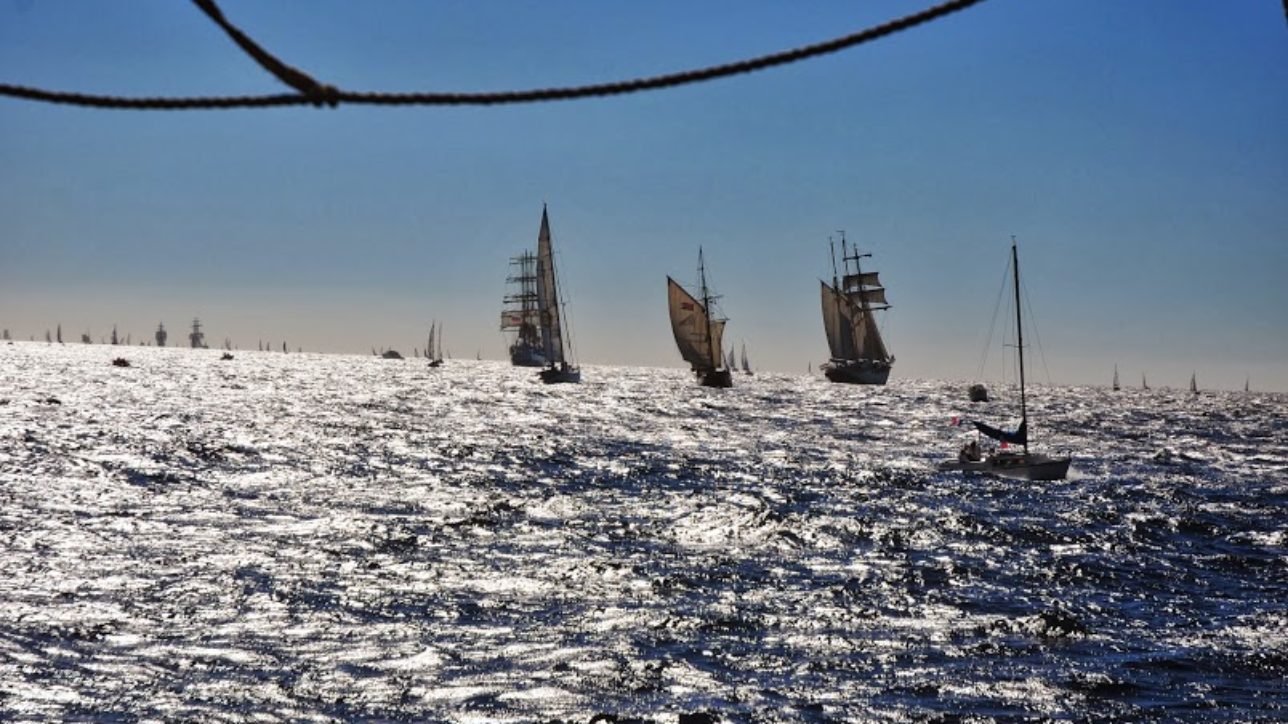 The fourth week we spent on La Grace and I guess you have heard already about this ship, right? I mean, perhaps you read my previous post. For those who don’t know what they should image under this name, just short recapitulation. La Grace is a true replica of a sailing ship from 18 th century built by Czech and Slovak volunteers in Egyptian shipyard a few years ago. However, due to an unfortunate sequence of events she was wrecked in October 2012 near Marbella in Spain. Fortunately, during the following year she was reconstructed and putted afloat again in August this year.

And Tall Ship Race Mediterraneo? Have you heard about this regatta? Well, this competition has a long tradition of about 60 years and belongs to the most famous sailing events. It is not only about competition but foremost about exhibitions, celebrations and carnival. About one million visitors attended this event in every city along the way of this regatta. Tall Ship is a wide term and it covers big sailing boats with tall masts with many sails, regardless the age of the boat too much. Although during this race La Grace was in the A category, the highest and most prestigious one, with 30 meters of length she was the smallest one. In this category we were competing against 117 meters long Mir (Russia) or 110 meters long Amerigo Vespucci (Italy) and against more than 20 other professional crews from many European countries. Our crew was of course really far from being described as “professional”. The race had two week-long legs, the first from Barcelona to Toulone, and second from Toulon to La Spezia, where we attended. All right, so what actually happened? Well, during the first leg La Grace got the 3rd position! Not bad beginning, but then the NoStress crew came to the game :) and during the second leg La Grace won! And she also got the first price overall and several smaller first prices for “crew friendliness” and other sport-fun activities. It was definitely not easy race since we were sailing for two days and three nights without stops, with changing weather, covering complete calm to strong storm at end of the race.

During the second part of race we were beating against the wind, as close-hauled as possible, and we were having difficulties since the abilities of this type vessel to sail up wind are quite limited. As a result, we were discussing the ongoing strategy. I was surprised how many people wanted to use the engine to cover to most difficult part of the race. In other words, it means to cheat! At the end some of them admitted that they would admit using the engine in case of we would win – thus, we would be disqualified. I really didn’t understand the point. However, the discussion ended up luckily and the decision to continue without engine was made. Thanks to this decision, La Grace may spread the world by following message: built by volunteers without sponsors, wrecked on the coast, reconstructed by volunteers, absolute winner of Tall Ship, for the first time in Czech history.

The other thing is that Czech media were not interested in this success at all. As the answer for invitation for the final price giving we got a message from Czech TV saying “Thanks for a tip for reportage, we will consider it within 30 days.” Or “We can’t present your story, since La Grace is business project.” On the other hand, we saw on Czech TV an interview with a Czech student from University of Olomouc, who was a member of one Dutch crew during the same race, and who got funded by Oman sultan. At this university, they have a grand to study “the psychological effect of the see during long stay on the boat”. There was no mention of La Grace! Well, that’s how the world of money works.

But, that’s not the main story I wanted to tell you. It was such a great experience that I would like to encourage you to join La Grace at least for a while. Or to join rather our NoStress crew for some of our trips? Well, of course both! But perhaps preferably NoStress crew! :) If still not convinced, I can reveal some of planned trips to Sardinia, Norway or Island.

Due to the blog upgrade the comments could not be transfered:

Iveta Kalisova – congratulations on your victory, seems like fair reward for all the hard work! The pictures are stunning as always, I can imagine the feeling of salty wind. It would be great to join the crew once again, the plans sounds really promising! :)