La Barrona – a village on the Pacific coast 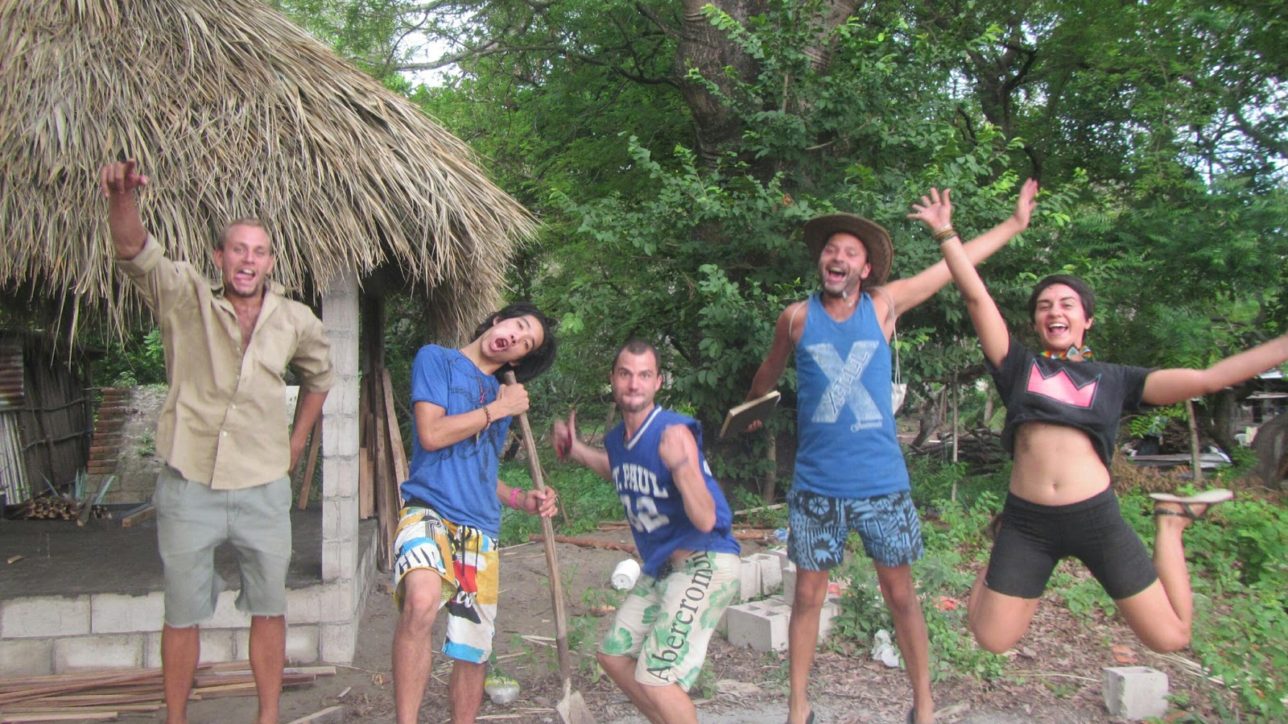 Few weeks ago I left Rio Dulce and went to travel around Guatemala for a while as I really needed to rest from boating life here and to breath ‘fresh’ air. First I went to Antigua and later to the lake Atitlan where I met Ben, an English guy travelling around central America since January. The interesting thing is that he does Coushsurfing almost all the time and that’s also how I got in touch with him – he found me on CS website and asked for a couch on Magico. At that point I couldn’t provide it as I was about to leave Rio Dulce. Nevertheless, we finally met in San Pedro la Laguna, a town on the lake. He introduced me to his CS friend Jose, a young architect from Guatemala City, living now in San Pedro and working for a small NGO Tribe Lab (started up by Polish girl Sara) and realizing a project on the Pacific coast.

A large wave hit the Pacific coast of Guatemala in May, as a result of earthquake in Nepal. The wave destoyed many houses and polluted sources of drinking water. Of course I couldn’t resist the invitation to join the project and two days later I started the long jurney from the lake to La Barrona, a fishing village of about 120 families on the Pacific coast, on the border with San Salvador. It’s very remote spot and to get there it took me almost two days, with a night spent in Guatemala City.

So here I came to help with building of a community bathroom and toilet. The money for the project were fundraised but very limit, so locally found materials were widely used. It was fun, we were working for couple of days in truly ‘nostress’ fashion. However, due to some arguments betweem Jose and local poeple we couldn’t finish it completely. The problem was that Jose had quite specific ideas about the design of the house which were not shared with guy from the community participating in the project. I saw the points of both sides and I realized how delicate is the process of dealing with local communities.

There is a small river you have to cross in order to get to La Borrana. However, the bridge is gone for several years now and so is the turism. That’s the reason you can see the remains of few hotels scattered around the village. There’s not much going on here except of a church and a restaurant run by old lady Rosita. She was basically like our grandma who was really looking after us because she knew we were there as volunteers working on the bathroom.

Rosita is also helping to bring up 4 little girls as their mother was shot dead in the closest town because she refused to give away her cell phone. So they killed her. There are always tens of kids running around the village and you can see 10 years old kids taking care of younger brothers and sisters or helping with earning the living for their families. Here the kinds have a lot of responsibility since early childhood and have to mature fast. Anyway, I was having a lot of fun with them every day.

After almost a week I spent in this lovely village, which would be BTW great surfing spot, I returned back to the lake and few days later to Rio Dulce. The next day Ben arrived to Rio and we did some sailing on the Izabal lake. Next time I will write about the late Atitlan, which really deserves some attention on my blog, and about how I’m making Magico ready to go in a week or two. In the meantime you can check out Ben’s blog: