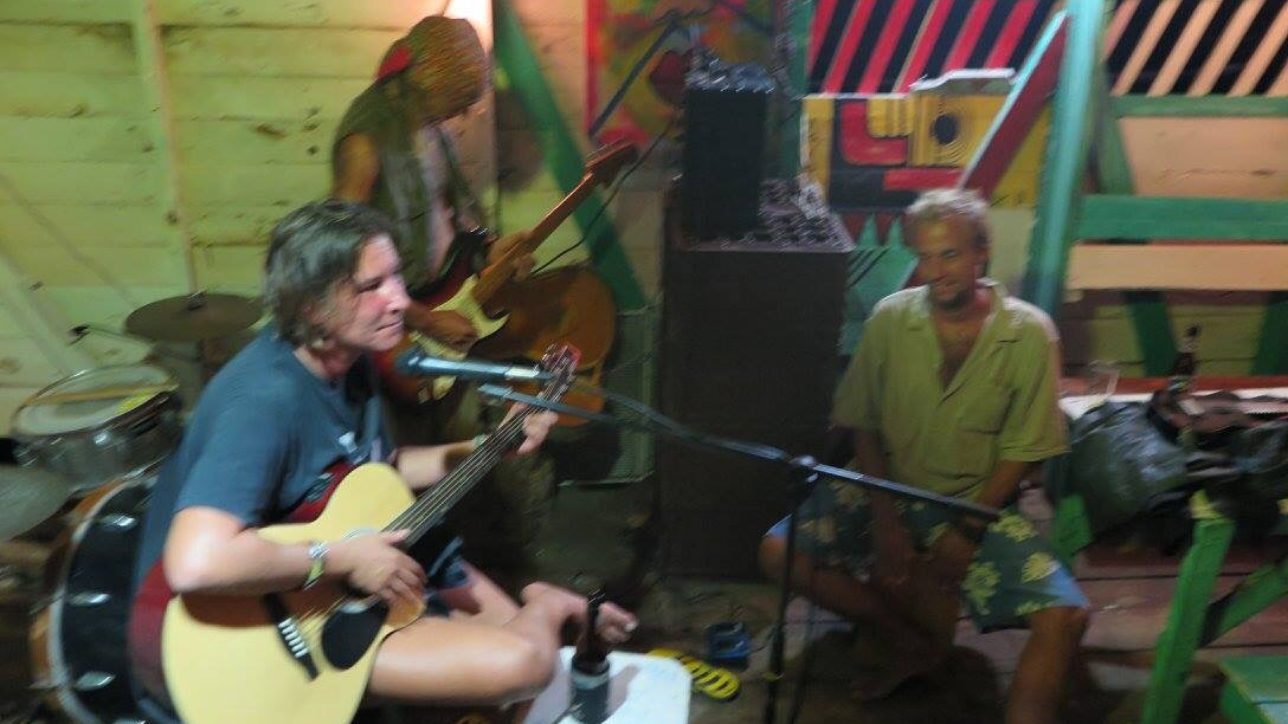 Chilled island, crowded, nonstop parties or ‘don’t go there with a girlfriend’ and things like that I’ve heard since I arrived to Guatemala a year or so ago. And now when I’ve spent a month here I can tell you how it looks like here from my perspective. It’s low season now so, inweed, Utila is pretty relaxed and chilled island, thought the number of Americans makes you feel like in the US. Well, only to some extent, it’s still Central America here. And for suuure, there is also some truth in ‘don’t go …’.

There is couple of bars and places you can go party. In comparison with Rio Dulce it seemed huge here when I got here but now it doesn’t look like it anymore. But step by step. My favorite bar is La Cueva, a smallish bar run by Nicolas, an Argentinian guy. The main spoken language here is Spanish and it attracts sort of varied individuals, so that’s how this place differs from other clubs and bars and that’s why I like here the most. Further, there two disco places, Coco Loco and Tranquila which are full of poeple almost every day, regardless the low season. I can’t really image how it looks like when the season is high; I’m afraid I’m gong to find out soon. Those two places are the best spots to watch young Americans getting wasted. Yeah, tequila for free on tuesday, vodka and ron for free on wednesday makes it hard to resist I think, thought I manage quite well. Rio Coco Cafe is my favorit spot where I spend usually mornings and early afternoons working online. Kam, David and Rick who work here are all super chilled guys. Then you find here couple of restaurants, hotels and comedores along the main and only street and you are done. The featured picture of this post is from Babalu where every monday is open mic session.

Magico is tight up at a small private dock because I find it easier to come and leave. Also, it’s easier to escape from ever-present (thanks Dany! :) very hot and humid weather. On monday I went diving and it was wicked (or awesome if you want :), especially the first dive when we spot nurse sharks. I go diving also next week but can’t afford to spend much on it. Anyway, yesterday we went freediving with guys from Rio Coco and I think I’m going to do it regulary while in Utila. Very good diving spots are close and about 20m deep.

I also did couple of trips to Roatan and explored the island. The nature is beautiful and scenic views breathtaking. But the West End is the only place where you can have some fun. So although Roatan is much bigger then Utila there is more fun in Utila. Poeple say that diving is better in Roatan but I can’t compare it.

In a week or two I plan to sail to Guanaja, the third and furthest island here and on the way back to Utila to stop in Kayos Cochinos, a small group of low islands which are considered a real paradise, so let’s see. Then by the end of October I plan to head for Belize and Mexico, to catch my brother coming to Cancun. The only thing which worries me is the engine. I ordered already the spare parts and in Cozumel in Mexico there is certified Volvo Penta servise where it should be possible to fix it.