Living on the beach 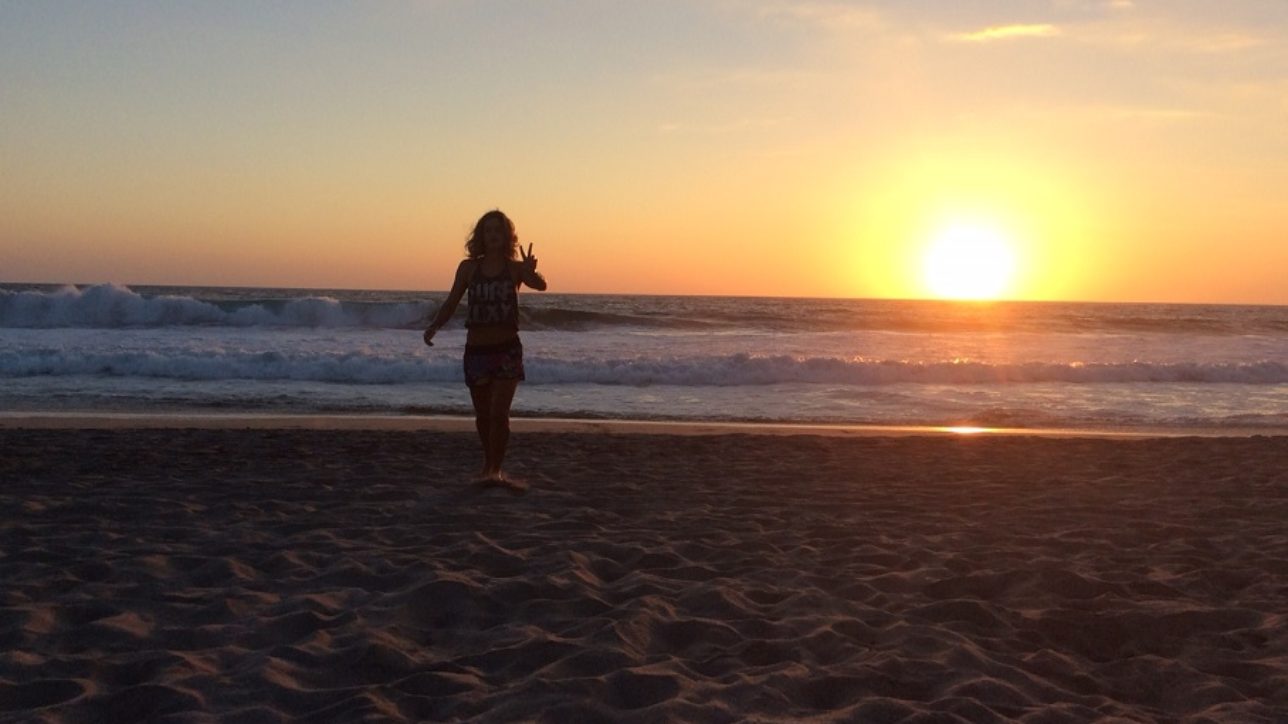 Okey, this time in English for my non-spanish speaking friends (zdravim Hanovi :). With regard to travelling experiences and stories I don’t have much to write about since not much has happend in the last couple of weeks. Anyway, to put it simply, I’m having the best time of my life. Me and Glou are staying in a hostel on a beach called La Punta Escondida, only a few kilometers far from Puerto Escondido on the Pacific side of Mexico. We work here as volunteers which means we help to clean the common spaces and pay next to nothing for accomodation in the hostel. First we were staying in a tent and sleeping actually right on the sand which seemed to be quite soft but for sleeping it was pain in the ass. Later we bought some yoga matresses so it was little bit better. Anyway, few days later we got regular matress from Pablo who is in charge for the hostel. Ultimately, over time we worked out a way to a private room with a bed and ventilator as we agreed that we would run the hostel for a few weeks when Pablo goes on vacations. Bed and ventilator, what a luxury things! Because originally the room was plain we decided to decorate it a bit, for example with a half of surfboard which serves now like a shelf :).

A good surfing spot is only 5 minutes walking from the hostel so I’ve done some progress in surfing, though I expected I would learn faster. Apart from that we watch sunsets almost every day and experience the life in Mexico. Or maybe better – we experiment with the life in Mexico on a couple of different levels :). The time to leave Mexico is coming soon; indeed, we are leaving the hostel in a few days and plan to travel little bit along the coast down to Guatemala and from there set sail with Magico for Cuba. We might stop in Utila and Roatan in Honduras (and wait there for good weather window) and in Cayman Islands as both places are on the way to Cuba. We are going to be 4 as a two Czech friends are sailing with us.

Before I came to Mexico in February I spent some time in Guatemala preparing Magico for this trip (though I didn’t now if it’s going to happen or not). I wrote about it in detail previously in Spanish so now only briefly. I bought a new engine and installed it, got a new main sail, installed wind generator, fixed the gooseneck and boom fittings and acquired outboard motor for dinghy. Then I decided to put Magico on sale. Supersingly, a few weeks ago my brooker found a buyer but I put the offer down due to the planned trip to Cuba. I hope I didn’t make a mistake.

In Cuba we plan to stay a month or two and then it is open. We might jump to Jamaica and Dominican Republic for a while but not much time left before the hurricane season starts. It would be great if I could find a cheap marina and leave the boat there for a few weeks. Or we could continue the trip along the Carribean islands and ultimately reach Columbia or Venezuela as those areas are quite safe even in the hurricane season. Or maybe it would be better to sail back to Guatemala and sell Magico there because we plan to go to the US to work since August and later move to Asia. Somewhere in between I’d like to return home for a few weeks, to see my family and friends. Yes, those ones who promissed to visit me here but so far have not showed up! :) So far so good!